The Mes Amis Canasta championship was held this year in Wilderness over two days of intense rivalry. The two finalists were both passed fit (more or less) and the champ was decided on a best-of-five basis. In the case of a draw, an arm wrestle would decide the winner. To make sure that there will be no second or bottom dealing and changing the rules at will, the MACA (Mes Amis Canasta Association), appointed a neutral referee whose decision was final. 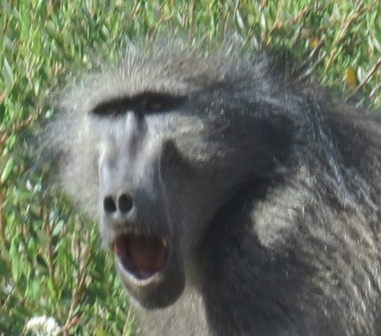 The result of the Championship was a controversial one. There was almost unanimous unhappiness with most of the decisions of the referee, Cyril B. All 50/50 decisions went the way of one finalist and some of these were so blatantly skewed that a one-eyed sloth could have seen that the fix was in. At one point fist fights broke out in the stands, and it was only when a few glasses of Mampoer was handed out to the spectators that things calmed down. Shortly after the match, the Cyril B. was seen heading for the hills. In any event, the official result is that the winner and 2019 Mes Amis Canasta Champion is.........Anna! Final score was 3-1. Here she is seen holding aloft the trophy. 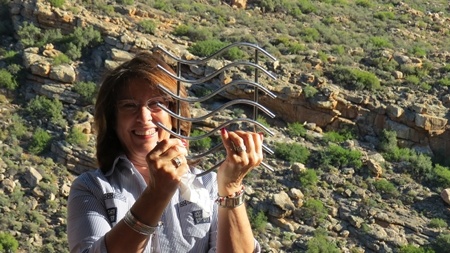 Next year I'll be pushing for an ostrich as ref. Don't stand any nonsense, ostriches. Probably less fleas as well.