Becky and the Arabian guests

What happened when Arabian guests met our dog. 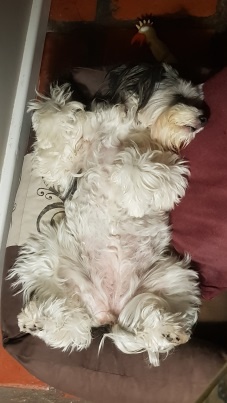 Then there is Becky 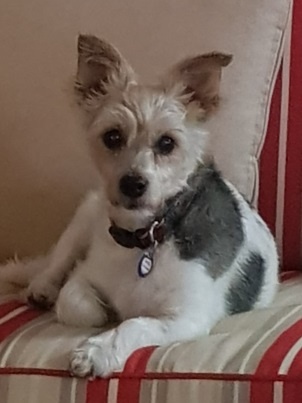 And the two youngsters, Zia and Zola 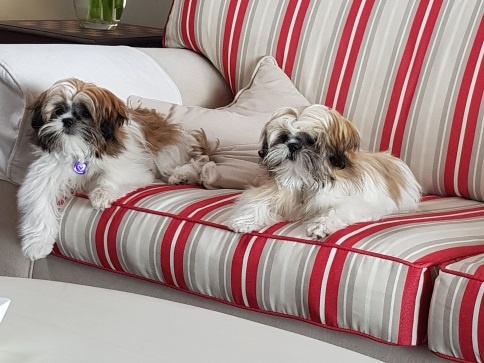 Dog-wise, people fall into one of three categories:-
those that love dogs, such as Anna and the Innkeeper
those that are indifferent towards dogs and
those that actively dislike or fear dogs.
In the latter category one finds, inter alia, people from predominantly Muslim countries such as Saudi Arabia. The reason for this is that the Hadith, the record of the traditions or sayings of the Prophet Muhammad, forbids the keeping of dogs as pets. Very few Saudis therefore have ever been close to a dog, and they fear them.

During the Winter months, a large number of Saudis visit Mes Amis. Fleeing, one would venture, the extreme summer heat: the average summer temperature in Saudi Arabia is about 45° C, but readings of up to 54° C are not unusual.

We take care to keep the dogs from disturbing our Muslim guests. One day, the Innkeeper fell into conversation, as he sometimes does, with a young Saudi couple on their honeymoon. They were sitting at their patio table, enjoying the sea view. I asked Amad, the male guest, whether the dogs' occasional bark were in any way a bother.
"No, we have not heard them. " said he " Are they hunting dogs?"
"No. They are incapable of killing anything." I replied "They may lick you to death, though... In any event, there is nothing to hunt here."
"Can I see them?" Amad asked.
"Are you sure?"
"Yes."

I fetched Becky. We came around the corner and Becky trotted perkily towards the couple, her tail wagging furiously. There was a moment of petrified silence. Then, in unison, the two screamed in fear, and jumped onto the patio table, holding each other around the waist.
Becky barked.
The Arabs keened.
The table wobbled.
The Arabs wobbled.
Clearly I had to take action. My first instinct was to prevent a disastrous fall from the table. I dashed up to the table and grabbed hold of them. As I did so, I realised that maybe having your arms around the upper legs of a newly married Muslim bride wearing a Hijab is not such a good idea. At this point, fortunately, Anna had arrived. She picked Becky up. I released the Arabs and told them to jump down- the dog had gone. They managed to dismount while I studiously turned my back lest I get a glimpse of female anatomy only supposed to be seen by her husband.
We apologised profusely. Fortunately they both had a sense of humour and regarded the whole episode as an adventure.
We have not since and never will attempt to entertain Muslim guests with a doggy encounter.